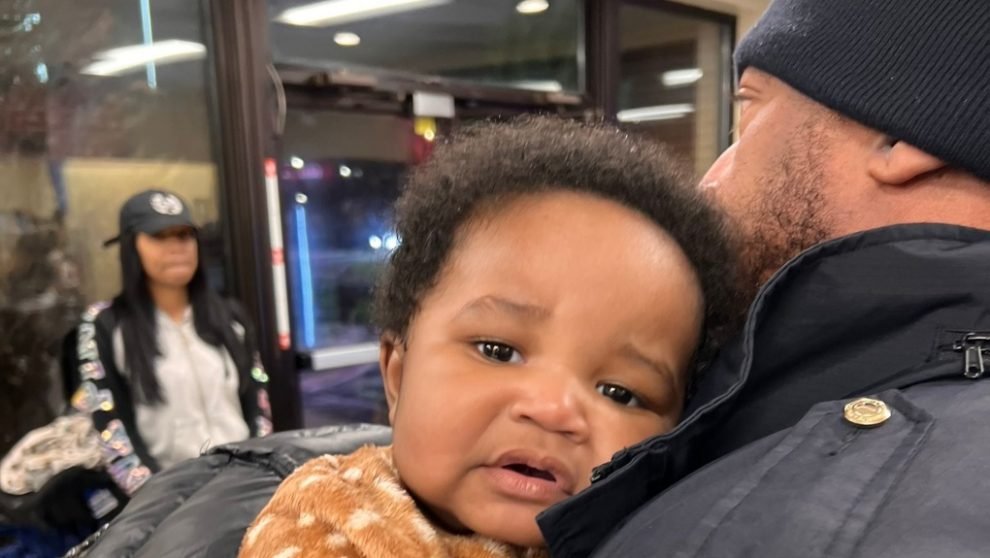 Two Indianapolis police officers had spent the day searching in vain for a missing baby in a stolen vehicle when they stopped to eat and gather their wits.

A woman suspected of stealing the 2010 black Honda Accord had been taken into custody earlier that day, on December 22, but the vehicle was still missing. More urgently, baby Kason Thomass, who was in the car with his twin Kyair Thomass when it was stolen three days earlier in Columbus, Ohio, had yet to be found.

“It was time for us to decompress because we were disappointed that we could not find him,” Sgt. Shawn Anderson of the Indianapolis Metropolitan Police Department told CNN affiliate WISH-TV. “And then God opened up the heavens to us and almost took him and put him right in our hands.”

There, outside a Papa John’s in the very plaza where Anderson and Sgt. Richard El had stopped to eat, was the stolen car. Kason was inside. The five-month-old had been missing for nearly three full days, and had likely been alone for most of the time.

“When we found him, he was cold, right, but he was awake, he was breathing, he was moving around a little bit,” El said in an interview with WBNS-TV. “His eyes were open wide and just trying to take everything in.”

Kason’s family said he was doing as well as to be expected under the circumstances, the station reported. LaFonda Thomass, the twins’ grandmother, said she was overwhelmed by the discovery.