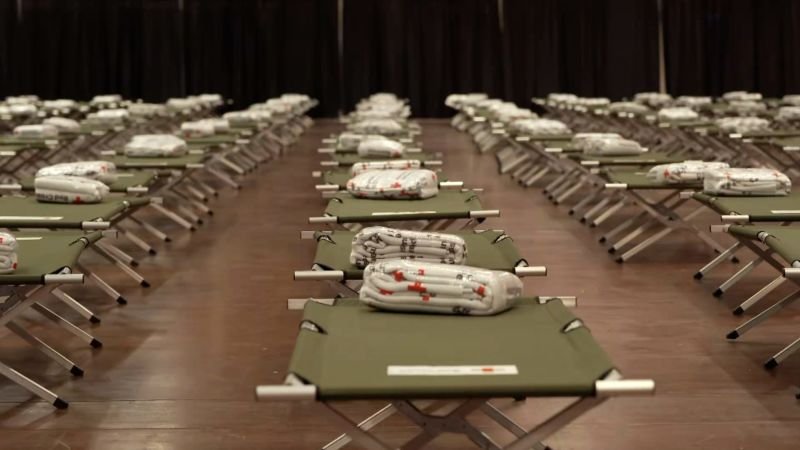 The city recently declared a state of emergency as thousands of migrants have arrived in the city in anticipation of Title 42, a Trump-era border policy, possibly being overturned.

In order to aid the migrants, El Paso Office of Emergency Management activated its Emergency Operations Center on Monday, according to a news release by the city. The move came after the El Paso City Council had unanimously approved an emergency ordinance, which extends the disaster declaration issued by El Paso Mayor Oscar Leeser on December 17.

The ordinance will now remain in effect until January 17.

Meanwhile, the Department of Homeland Security has warned migrants against illegal immigration in the midst of cold weather, saying in a statement the agency would continue to “fully enforce our immigration and public health laws at the border.”

“As temperatures remain dangerously low all along the border, no one should put their lives in the hands of smugglers, or risk life and limb attempting to cross only to be returned,” the statement said.

The local disaster declaration allows the community to take actions such as formally implementing provisions of emergency plans, and, if necessary, implementing economic stabilization measures such as price, wage, and rent controls, the release said.

Beds are prepared for migrants at the El Paso Convention Center.

The declaration also allows for selected codes and ordinances to be suspended, which would allow the use of facilities such as schools to be used as shelters.

El Paso was also recently awarded an additional $4.39 million in federal funds to address the migrant surge the region is experiencing, according to a release from the city.

“The funds are in addition to the $6 million FEMA’s EFSP approved on December 13, bringing the total of promised funding to $10.39 million. The City is pending the formal award letter and payment,” a release from the city said.