Home » What travel warnings do other nations give their citizens about US violence? 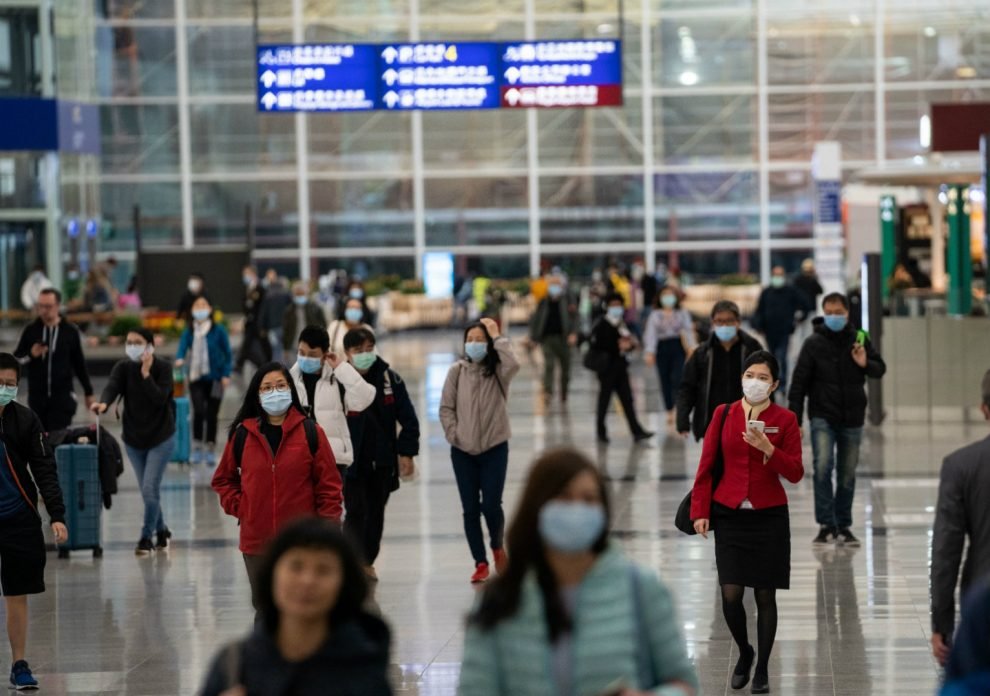 American travelers — at least those of the cautious variety — might be familiar with the US State Department’s travel advisories.

But have you ever wondered how other countries’ governments caution their citizens about coming to the United States? What kind of reputation does America have?

After all, the rate of gun-related deaths is the United States is going up. And mass shootings in America — 610 as of November 25, according to Gun Violence Archive — have become commonplace and make headlines around the world.

CNN Travel checked out what the governments of the United States’ neighbors and closest allies have to tell their citizens about coming here. It’s not exactly a flattering picture.

Would-be visitors aren’t being warned off entirely as if America is an active war zone. Each nation has its own approach, but a general theme boils down to this: The United States is more violent than what you’re used to. Learn to take precautions there that you might not have to take at home.

Here’s more on what nine countries — which account for a good chunk of the US international tourism traffic — have to say:

In 1996, 35 people were killed in a mass shooting in Port Arthur on the island of Tasmania. In the wake of the massacre, Australia passed stricter gun control laws that included “a near ban on all fully automatic or semiautomatic firearms,” according to Britannica online encyclopedia.

So for more than 25 years, Australians have lived in quite a different gun culture than that of Americans.

The Australian government warns its citizens who plan to visit the US that “violent crime is more common than in Australia and gun crime is possible in all areas. Follow local guidance and instructions. If you live in the US, learn active shooter drills.”

On its SmartTraveller website, the Australian government also reminds would-be travelers that “it’s legal for US citizens to openly carry firearms in public.”

It goes on to say that “the US has a higher level of violent crime than Australia, but incidents rarely involve tourists.” It does not provide notice of specific incidents “unless there’s a significant risk to Australians.”

Still, it’s not warning its citizens off US travel. As of November 25, it advised to “exercise normal safety precautions in the United States of America.”

The Ambassador Bridge spans the Detroit River to connect Windsor, Ontario, to Detroit, Michigan. With Covid-19 restrictions lifted, land travel between the two North American neighbors is back. But what does Canada think about the mass shootings in the US?

The Canadian government warns its citizens about crossing the US-Mexico border by car, citing “criminal incidents associated with drug trafficking.” It tells its citizens to avoid traveling at night at the border.

It also warns about gang- and organized crime-related violence in large urban areas, noting that violent crime “rarely affects tourists,” but cautioning travelers to be mindful of their surroundings and not to resist if threatened by robbers.

The government also reminds Canadians of the frequent mass shootings in the United States. “Incidences of mass shootings occur, resulting most often in casualties. Although tourists are rarely involved, there is a risk of being in the wrong place at the wrong time.”

The United Kingdom reminds would-be visitors to America that “incidents of mass shooting can occur, but account for a very small percentage of homicide deaths.”

It also tells its citizens that “violent crime, including gun crime, rarely involves tourists, but you should take care when travelling in unfamiliar areas. Avoid walking through less traveled areas alone, especially at night.”

Like Canada, the UK cautions about the US-Mexico border.

In the advice column, the UK warns its citizens away from inappropriate humor: “Don’t make flippant remarks about bombs or terrorism, especially when passing through US airports.”

Lauren Redfern, a 31-year-old London resident who is completing a PhD in medical anthropology, made extensive trips to the United States in 2018 (Chicago to New Orleans) and 2022 (Los Angeles).

She told CNN Travel this past summer that she had awareness about US gun violence as she started her 2018 trip, but she felt far removed from it. “At that time, I absolutely wouldn’t consider doing anything differently” than she’d do in the United Kingdom.

But while staying in an Airbnb in New Orleans, she was doing laundry in a common area when someone cracked open a door and poked in the barrel of a shotgun.

No shots were fired, but “it was this weird, out-of-body experience where it really made me think and appreciate and understand ‘oh, this is very real’ on a level I have never experienced and will never experience in the UK.”

“That experience definitely changed my sense of personal safety while traveling in the US,” Redfern said.

It didn’t deter her from making another US trip, but “it changed the way I thought about American culture.” She’s much less likely now to venture out alone when visiting the United States versus London, where she has no worries about doing so.

Israel is a very security-minded country with special ties to the United States.

It issues warnings on a scale of 01 to 04, the latter being of the highest risk level. Israel’s travel warnings are focused on terrorism directed specifically at its citizens when abroad vs. more general crime worries.

For example, people are warned away from the North African nation of Algeria, which has an 04 ranking because of terror groups and “hostility towards Israel on the Algerian street.”

However, the United States is rated at 01 (“ordinary precautions”) despite a rise in anti-Semitic incidents.

The French Ministry of Foreign Affairs has a different take.

It says generally “the United States of America is among the safest countries,” but it does warn French citizens about some urban areas and notes an increase in carjackings.

Interestingly, the ministry breaks down potential threats to very specific neighborhoods. A couple of examples:

• In Boston, “it is recommended to avoid traveling alone, on foot and at night, in certain parts of Dorchester, Mattapan and Roxbury.”

• In Atlanta, French visitors are told to “be vigilant in isolated areas of the city center (downtown) after the close of business and favor taxi travel at night.”

German airline Lufthansa ferries many people between the United States and Europe.

Germany is another US ally with strong tourism ties, and it has strict gun laws and a much lower rate of firearm homicides compared with the United States.

Its Ministry of Foreign Affairs tells German citizens that “it is easy to obtain guns in the United States, leading to increased use of guns and occasional killing sprees. The number of arms and ammunition purchases has increased significantly during the COVID-19 crisis.”

It also warns would-be visitors to the US about the possibilities of domestic clashes over racism and police violence, advising them to “avoid gatherings of people in the vicinity of which violence could possibly occur.”

For Americans, State Department travel advisories are a valuable resource for figuring out the safer areas of Mexico to visit.

And Mexicans have their own concerns about visiting their northern neighbor. (For instance, one of the people killed in the mass shooting at the Highland Park, Illinois, July Fourth parade was a Mexican national visiting family.)

When this story was published in late November 2022, the Mexican government’s overseas travel alert page for the United States wasn’t working. However, CNN’s Library research team found cautions about US travel posted on the site in May 2021.

It specifically noted that “historical racial and ethnic tension, including opposition to immigration, have led to attacks by violent extremist groups” and then cited the mass shooting at an El Paso, Texas, Wal-Mart in 2019, in which more than 20 people were killed.

The government advised its citizens to avoid large crowds in the United States and for travelers to always carry a copy of their Mexican passport and an official photo ID.

A Japan Airlines passenger jet takes off from Haneda Airport in Tokyo. The Japanese government gives its citizens explicit instructions on what to do if caught in an active shooter incident in the United States.

Despite the shocking assassination of former Prime Minister Shinzo Abe in July, Japan has a homicide rate far below the United States.

So it’s no surprise that the government warns that “it is important to recognize that the security situation is very different between the United States and Japan, and to understand what kind of crime victims are at high risk in what areas.”

It says “one of the main security concerns in the United States is gun crime” and offers a lot of advice for getting out of or hunkering down in possible active shooter situations, including:

If a Japanese tourist can’t escape or hide, they’re advised to “throw things close to the criminal, use them as weapons; scream; act with all your might.”

As of November 25, Australia’s island neighbor had an “exercise increased caution (level 2 of 4)” alert for the United States “due to the threat of terrorism.”

New Zealand’s SAFETRAVEL website goes on to warn its citizens that “there is a higher incidence of violent crime and firearm possession than in New Zealand. In many states, it is legal for United States citizens to openly carry firearms in public. However, crime rates vary considerably across cities and suburbs and incidents rarely involve tourists.”

It suggests that people coming to the United States research their specific destinations before traveling and seek local advice.

SAFETRAVEL guides New Zealanders to an active shooter response pamphlet put out by the US Cybersecurity & Infrastructure Security Agency.

Pulisic: US still has a ‘lot of work left to do’ to make World Cup’s last 16
G20 in Bali to collaborate to respond to global threats