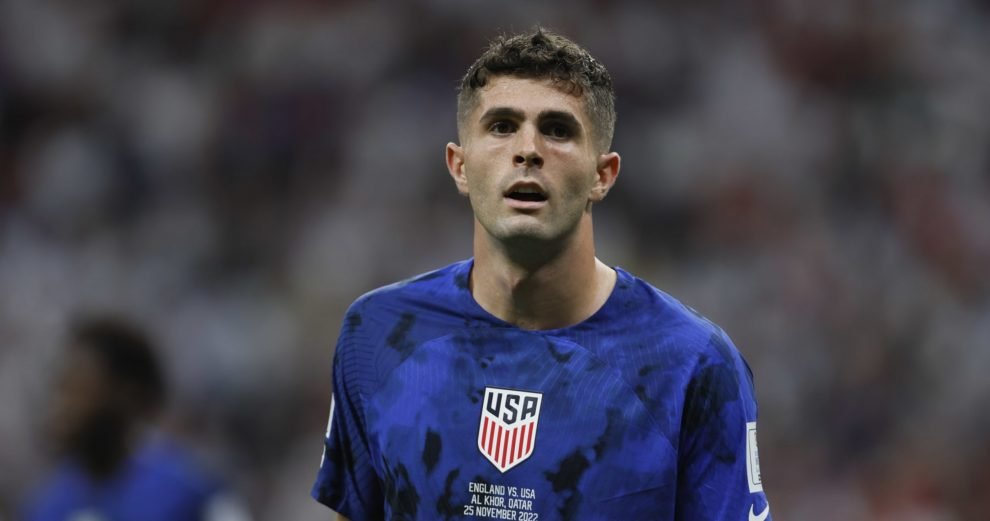 AL KHOR, Qatar — United States midfielder Christian Pulisic said he hoped his side’s performance in a 0-0 draw with Group B favorites England “made a lot of people proud” back in the US, but also acknowledged that he and his teammates have “got a lot of work left to do.”

The result leaves the US in third place in Group B, two points behind leaders England and a point behind Iran, who defeated Wales 2-0 earlier on Friday. The US faces Iran in its group stage finale on Tuesday.

It was a game where England had more possessions, but the US created the better chances, with Pulisic rattling the bar with a shot in the first half. England did put the Americans under pressure at times in the second half, but the US defense, ably marshaled by Tim Ream, held firm.

“A draw’s not the worst thing, but I felt like there were stretches of where we showed confidence and had a lot of the play, and created chances, and even could have won the game” Pulisic said.

“But all in all, I thought we managed it quite well.”

The game had been hyped as an opportunity for the US to show it could go toe-to-toe with one of the game’s heavyweights. Pulisic feels the US did that to a degree, but he knows reaching the knockout rounds will do even more to win over new fans.

“Everyone back home watching, I hope we made a lot of people proud,” he said. “But the job isn’t even close to done, so we’ve got a lot of work left to do.”

US manager Gregg Berhalter echoed many of Pulisic’s sentiments, saying his side delivered a “disciplined performance.”

The US now goes into its final group game with Iran knowing it needs a win to advance to the World Cup knockout stages for the fifth time since 1994.

“The final product still could be better… I’m overall pleased with the performance of the group, most importantly the belief of this group because that never wavered,” Berhalter said.

“What I saw pre-game was a team that was extremely focused on getting results. In the end, it sets up our first knockout game of this World Cup and that’s going to be a focus of ours.

“We played with a ton of spirit but we’re going to have to be up for it [against Iran]. We want a chance to advance… We know it’s going to be a difficult game, and I’m looking forward to the opportunity.”

Of concern for the US is that it is still struggling to make the most of its chances, with Weston McKennie missing a wide open opportunity in the first half.

Berhalter said he was happy with the positions his team got into, but noted, “It’s hard to score goals.”

U.S. grants Chevron license to pump oil in Venezuela
What travel warnings do other nations give their citizens about US violence?