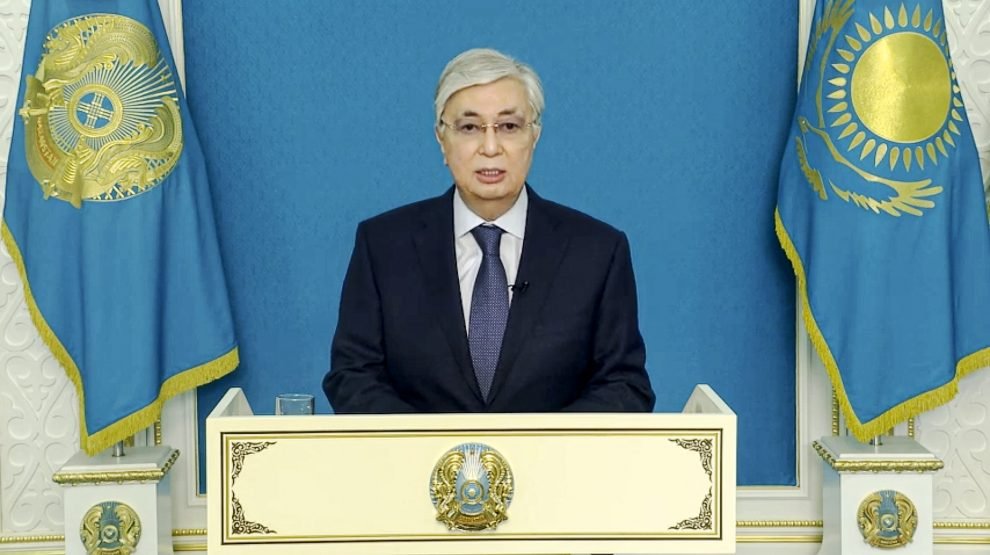 President of Kazakhstan Kassym-Jomart Tokayev delivered the State-of-the-Nation address. He announced the upcoming political and economic reforms in Kazakhstan. The Head of state proposed to limit the presidential mandate to one term of seven years without the possibility of re-election. Also, Tokayev announced an amnesty for the participants of the tragic «January events» in his country.

In general, this appeal marked a new stage in the political life of Kazakhstan.

K.Tokayev was not a communist ideologically and had never been a member of the Communist Party. The absence of a party-nomenclature past, combined with many years of foreign experience as a professional diplomat, significantly influenced his worldview.

Colleagues of K.Tokayev characterized him as a democratic, decent person with a broad outlook, noting simplicity and benevolence in communicating with others.

One of Tokayev’s outstanding sides is being a strong negotiator. He had to conduct many difficult negotiations not only as Prime Minister and Minister of Foreign Affairs of Kazakhstan but also during the period when he headed the second most important office of the United Nations – the UN Office in Geneva.

Tokayev headed this office from May 2011 to October 2013. His successful work has been repeatedly noted in international circles. At the UN, employees warmly remember their former leader.

According to the head of the Secretariat of the Director-General of the UN Office in Geneva David Chikvaidze, former UN Secretary-General Ban Ki-moon highly appreciated the special role of K.Tokayev and treated them with great attention to his advice and opinions.

“I must say that when you are present at the back rows of the meeting of the high chiefs of the UN, you see that, in principle, there are not so many people who think in the same categories as Kassym-Jomart Tokayev. Indeed, his statesmanlike thinking, the role of a statesman in the UN was so in demand and necessary that we all learned with great regret that he was leaving.”

In the role of UN Deputy Secretary-General K.Tokayev held talks on the most pressing issues on the international agenda, such as Georgia and the territorial dispute between Gabon and Guinea. The venue for such events was the Palais des Nations in Geneva, to which K.Tokayev paid special attention.

With the assistance of K.Tokayev, the authorities of Kazakhstan restored an abandoned cinema hall in Palais des Nations, which became a hall of important negotiations called “Kazakhstan”.

In August 2013, the Embassy of Kazakhstan, together with the UN office, held the first international event in this hall – the celebration of the International Day against Nuclear Tests, which was attended by heads of international organizations and diplomatic missions.

According to diplomats and UN staff, the multifunctional hall “Kazakhstan” has become the most beautiful room in the building of the Geneva UN office.

The authority of K.Tokayev is indisputable in the international arena. They say about him “the most famous and reputable Kazakhstani brand abroad”.

He is one of the few who has gone through his entire career from the lowest diplomatic position of duty assistant to the ambassador, Minister of Foreign Affairs, and now the President of the country.

Concern for equality and world order has repeatedly manifested itself in Tokayev’s career.

It is noteworthy that back in 2005, under the former government, the Minister of Foreign Affairs K.Tokayev called for the abandonment of laws restricting the activities of non-governmental organizations.

As Chairman of the Senate of the Parliament of Kazakhstan K.Tokayev, at the opening of the winter session of the OSCE Parliamentary Assembly in Vienna, stressed that the OSCE should promote confidence-building between countries and act in the spirit of a common political project: “We consider unacceptable any policy of blocking the participation of members of parliament and especially their speakers in the work of forums through visa restrictions. There should be no place for sanctions in politics in the 21st century, as they undermine the entire world economy. Sanctions are the prerogative of the UN, and they should be applied only in exceptional cases.”

Many people remember how, in a public conversation with V.Putin at the international business forum in St. Petersburg, K.Tokayev affirmatively stated that Kazakhstan will invariably follow the norms of international law and the principles of the UN and does not recognize such quasi-state entities as the pro-Russian LNR and DNR.

In his first message as President, K.Tokayev noted that successful economic reforms are no longer possible without the transformation of the socio-political life of the country.

Openly supported the freedom of expression of the will of citizens by enshrining in the legislation the rights to peaceful assemblies and rallies.

They have removed barriers to the creation of political parties. A mandatory 30% quota has been introduced for women on party electoral lists. Conditions have been created for the formation of the parliamentary opposition.

K.Tokayev renounced all titles, and state and international orders before the end of his presidential term.

In order not to give preference to any political party K.Tokayev refused the post of Chairman of the ruling party of Kazakhstan.

The successive reforms of K.Tokayev strengthen the influence of Parliament and limits the power of the President of the state in the political and economic life of society. The right of the chosen course was confirmed by the results of the republican referendum on amendments to the Constitution of Kazakhstan (June 5, 2022). In the result, 77% of Kazakhstan citizens voted for the proposed K.Tokayev corrections