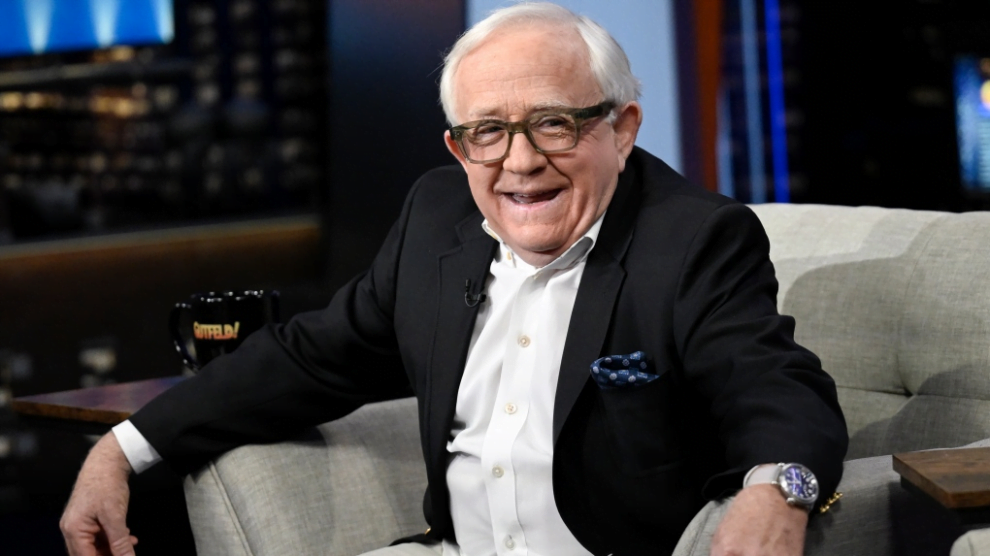 His witty Instagram posts made him a social media sensation during the pandemic.

Leslie Jordan, who won an Emmy playing the conniving Beverley Leslie on “Will & Grace” and became a social media sensation during the pandemic, died Monday after he crashed his car into a tree in Hollywood, his agent said.

“The world is definitely a much darker place today without the love and light of Leslie Jordan,” David Shaul said. “Not only was he a mega talent and joy to work with, but he provided an emotional sanctuary to the nation at one of its most difficult times.”

Jordan, 67, was pronounced dead at the scene at 9:38 a.m. after firefighters responding to reports of a collision at Cahuenga Boulevard and Romaine Street found him “pulseless and non-breathing” in a gray sedan, authorities said.

His agent said it is suspected that Jordan suffered “some sort of medical emergency” that caused him to lose control of the vehicle.

Fox Entertainment said Monday that Jordan had completed taping nine episodes of its sitcom “Call Me Kat.” The latest will air as scheduled Thursday, but with an added “in memoriam” segment about the actor who played Phil, the company said.

Born April 29, 1955, in Chattanooga, Tennessee, the diminutive Jordan (he was 4-foot-11) carved out a thriving career on the small screen playing small but often scene-stealing roles on shows from “Murphy Brown” and “Boston Public” to “Star Trek: Voyage,” “American Horror Story” and “Hearts Afire.”

But he was best known to television audiences as Beverley Leslie — the nemesis of the Karen Walker character played by Megan Mullally — who comes out as gay in one of the show’s most memorable episodes.

In a statement Monday, GLAAD CEO Sarah Kate Ellis called him “a loyal friend to so many LGBTQ organizations.”

During the pandemic, Jordan’s Instagram posts, which he filed twice daily from an Airbnb near his mother’s house in Chattanooga, made him famous to a new generation of fans.

“What are y’all doing?” Jordan would typically begin before launching into his often hilarious ruminations, delivered in a thick Southern drawl, on life in lockdown.

Jordan appeared to be as surprised as anyone that a big chunk of America was following him.

“I didn’t realize [he had blown up] until last night when everybody started calling me telling me you’ve gone viral,” Jordan told NBC’s “TODAY” show in March 2020. “I don’t really even know what that means!”

“Jordan is one of the true stars of the lockdown, amassing more than 3.8 million Instagram followers in a little over a month,” Moylan wrote in an April 2020 piece for NBC News’ Think section.

On Monday, his attorney, Eric Feig, issued a statement: “Yesterday, on Leslie’s Instagram, Leslie posted himself singing the hymn ‘When the Roll is Called Up Yonder.’ Today, Leslie was called way too soon and the world is a little bit darker without him.”

Jordan also published a book called “How Y’all Doing? Misadventures and Mischief from a Life Well Lived.” His first book, “My Trip Down the Pink Carpet,” published in 2008, chronicled his early days in Hollywood and his struggles with substance abuse.

“That sort of dealt with all the angst and growing up gay in the Baptist Church and la, la, la, la, la,” Jordan said in an Associated Press interview last year.