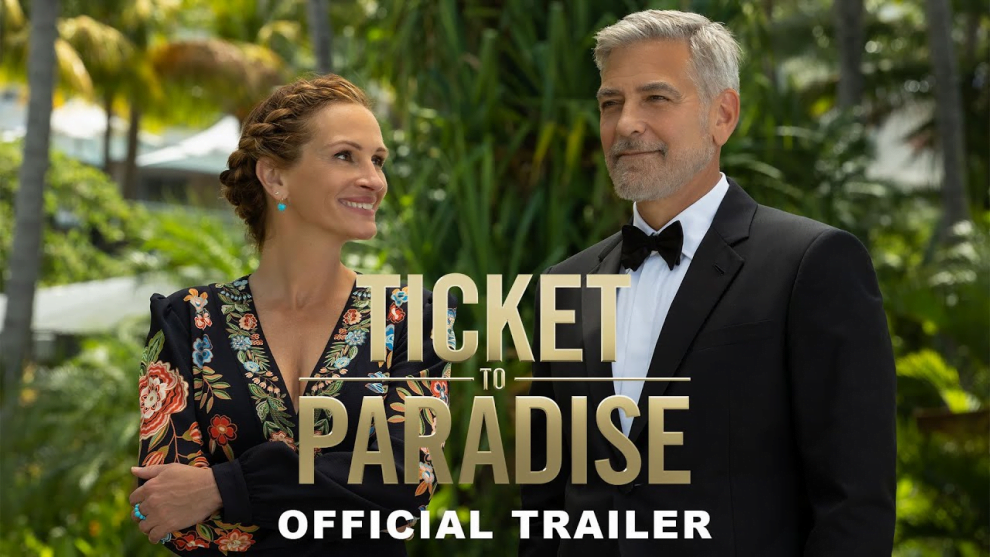 “Ticket to Paradise,” a romantic comedy that reunites Julia Roberts and George Clooney, is (surprise, surprise) charming audiences at the international box office.

The movie has generated $60 million overseas to date, a promising start given the current challenges facing theatrical rom-coms. Of course, it helps when the genre gets a boost from megawatt stars like Roberts and Clooney. According to Universal, which is backing the film, “Ticket to Paradise” is outpacing recent meet-cute stories like “The Lost City,” “Last Christmas” and “Crazy Rich Asians” at the same point in their respective big-screen rollouts.

Over the weekend, “Ticket to Paradise” earned $10.5 million from 61 territories, including debuts in France ($1 million), Mexico ($1 million) and Italy ($800,000). In holdover markets, “Ticket to Paradise,” which features Clooney and Roberts as ex-spouses who try to stop their daughter from marrying a near stranger, has been popular in Australia ($8.5 million), the United Kingdom and Ireland ($7.4 million) and Germany ($7.4 million). It opens Oct. 21 in the U.S. and Canada.

A star-studded cast, including the likes of Christian Bale, Margot Robbie, John David Washington and Taylor Swift, did not help David O. Russell’s glossy period drama “Amsterdam,” which flopped in its international box office debut with $3.5 million from 30 markets. The movie, which Disney and New Regency spent $80 million to produce, also bombed in North America with a $6.5 million start. With bad reviews and poor word-of-mouth, it’ll be difficult for “Amsterdam” to rebound at the box office.

Still, Disney managed to celebrate with the re-release of “Avatar,’ which brought in $3.9 million from 51 markets over the weekend. In anticipation of the long-awaited sequel “Avatar: The Way of Water,” which opens in December, the studio brought James Cameron’s 2009 sci-fi blockbuster back to the big screen to dazzling results. Already, the re-release of the 13-year-old film has generated $23.3 million in North America and $71.9 million globally.

Yet the big winner this weekend is “Smile,” a creepy thriller that’s generated strong buzz. The horror movie, from Paramount Pictures, towered over the competition with a better-than-expected $19.1 million from 61 markets, up 31% from its debut. So far, “Smile” has grossed $41.6 million overseas and $50 million in North America, where it’s been No. 1 at the box office for two weeks in a row. It’s a killer result given the film’s $17 million production budget.