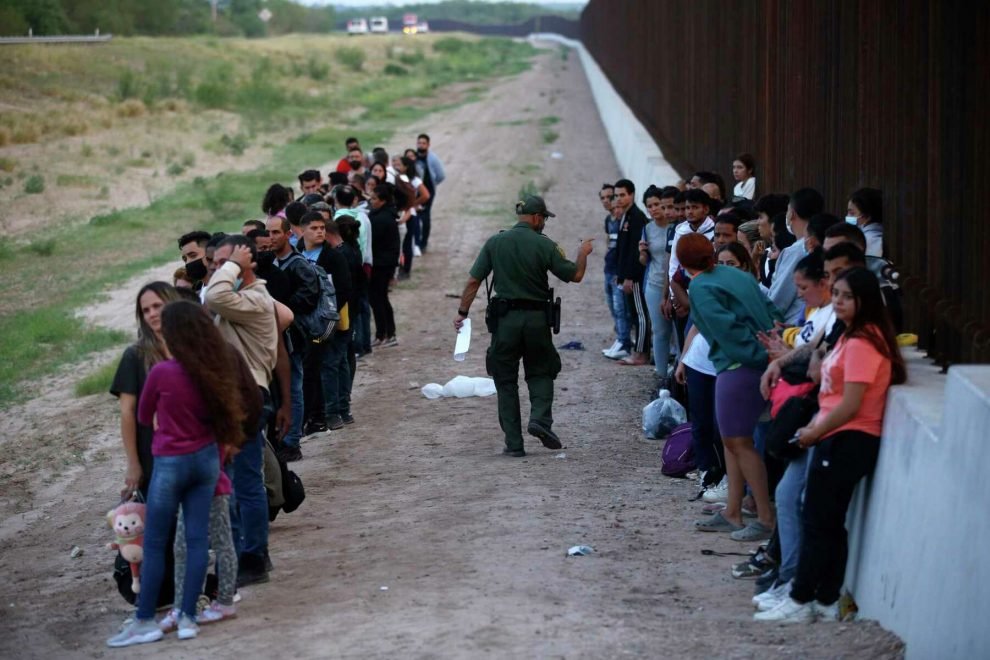 A Texas federal court this week paused the ending of the Migrant Protection Protocols (MPP) — a Trump-era policy that involved migrants being returned to Mexico while their cases went through the system. It saw tent courts set up along the border as part of an effort to stop the release of migrants into the interior.

The Biden administration said the policy was cruel and ineffective, forcing migrants to camp out in Mexico — and on taking office the president immediately moved to scrap it. The ending of the policy in early 2021 coincided with a massive surge in illegal migration at the border — a surge that hit record levels and is still ongoing.

District Judge Matthew Kacsmaryk ruled on that question this week and barred the administration from unwinding the program. A DHS spokesperson told Fox News Digital on Saturday that DHS Secretary Alejandro Mayorkas was “well within his authority to terminate the prior administration’s program.”

“We disagree with this decision and are determining next steps,” the spokesperson said.

The confusion surrounding MPP is not the biggest question mark over the administration’s immigration policy. That belongs to Title 42, which is currently scheduled to end on Wednesday, which many fear will unleash a new wave of migration into the U.S.

Title 42, like MPP, was instituted during the Trump administration at the beginning of the COVID-19 pandemic and has been used since to expel a majority of migrants at the southern border for public health purposes.

The Biden administration initially leaned on the order but then sought to end it earlier this year. It was subsequently blocked from doing so by a federal court in response to a lawsuit from Republican states. Since then, DHS had continued to use Title 42 — even going so far as to expand it in October to include Venezuelan nationals as part of a cooperation deal with Mexico.

However, a November lawsuit from the American Civil Liberties Union (ACLU) convinced a federal judge to find the use of Title 42 unlawful, giving the Biden administration five weeks to unwind the order.

That five-week period ends on Wednesday, and DHS has acknowledged that it will likely be followed by an immediate surge in migration — an eventuality it says it has a plan to tackle. The Biden administration has appealed the ruling, but that appeal will not come in time for the Dec. 21 deadline. Meanwhile, in another case, a federal appeals court this week declined to pause the Dec. 21 lifting in response to an appeal by Republican-controlled states. It is possible that that lawsuit will go to the U.S. Supreme Court in the coming days.

Meanwhile, the Biden administration is still engaged in another legal battle regarding its interior enforcement policies for Immigration and Customs Enforcement (ICE).

In 2021, the administration issued a memo that restricted ICE agents to prioritizing three sets of illegal immigrants — recent border crossers, “aggravated felons” and national security threats. The restricted priorities coincided with a sharp drop in arrests and deportations, but the administration claimed that it was prioritizing threats to the American homeland— with Mayorkas declaring that it had “fundamentally changed immigration enforcement in the interior.”

“For the first time ever, our policy explicitly states that a non-citizen’s unlawful presence in the United States will not, by itself, be a basis for the initiation of an enforcement action,” he said.

That led to a legal challenge from Republican states, which said the policy was damaging to them and against federal law, which mandates that DHS detain most illegal immigrants. The guidelines have since been frozen, casting uncertainty over how ICE should conduct its mission.

The matter is now before the Supreme Court. In oral arguments last month, the conservative majority indicated that it may find against the administration. Chief Justice John Roberts noted that federal immigration law mandates that DHS “shall” detain and remove most non-citizens in the country illegally.

“It’s our job to say what the law is, not whether or not it can be possibly implemented or whether there are difficulties there,” said Roberts.