GREEN BAY — Bellin Health and Gundersen Health System recently announced that the two health systems will become one on Dec. 1.

The two organizations have been in negotiations for nearly six months regarding the possible merger, which they say will result in improvements.

“The merger allows the health systems to offer access to more resources and a broader network of services that will improve care for the patients and families they serve,” a joint release stated.

“Our health systems have been successfully fulfilling our individual missions, but we know we will thrive and best serve our patients and communities by finding partners with shared missions and strategic visions,” said Scott Rathgaber, M.D., current Gundersen chief executive officer. “This merger brings transformative opportunities to expand our patient-centered care and community-minded work. Together, we can invest resources wisely and efficiently to improve health and well-being in our communities, especially for marginalized individuals and broadly for everyone in our care.”

In May 2019, Gundersen Health System and Marshfield Clinic Health System were in discussions on merging the two organizations, which would encompass Wisconsin, northeastern Iowa and southeastern Minnesota.

If merged, the unified health systems would have included more than 19,000 employees, 13 hospitals and over 100 clinics.

After months of discussions, in December of that year, the health systems announced that they would not merge.

“This was an opportunity we had to explore. Yet we have to make the right decision for our patients and for our organizations,” Rathgaber explained at the time.

In October of this year, Marshfield Clinic announced a potential merger with Minnesota-based Essentia Health.

Bellin and Gundersen have been working on an integration plan over the past months, as well as plans for expanding services in the future.

The combined system is joining a growing number of health systems merging throughout the Midwest.
In May, Atrium Health announced plans to merge with Advocate Aurora Health, which includes locations in Wisconsin.

While little is known about how mergers affect or benefit the quality of care, a report published earlier this year in the New England Journal of Medicine reflected the results of a study led by Harvard Medical School scientists.

“Hospital acquisition by another hospital or hospital system was associated with modestly worse patient experiences and no significant changes in readmission or mortality rates. Effects on process measures of quality were inconclusive,” the report stated.

Once merged, Bellin and Gundersen will retain headquarters in Green Bay and La Crosse.

“In addition to Dr. Rathgaber serving as system CEO, John Dykema, current chair of the Bellin Health Board of Directors, will be the chair of the newly created board, residing in Northeast Wisconsin. Current Bellin CEO Chris Woleske will serve as system executive vice president and regional president of the Bellin Region. Heather Schimmers, current Gundersen chief nursing officer and chief operating officer, will serve as regional president of the Gundersen Region,” the joint release added.

The health systems also expect the names, logos, locations and staffing to remain the same.

“The most important message we want to share with everyone is this: The people you know and the care and locations you trust are not changing. Coming together will allow Bellin and Gundersen to better serve our patients and communities, preserving and enhancing a legacy of local, personalized care that will endure for decades to come,” Woleske said.

“We have found a true partner in Gundersen, and we know we will be stronger together.”

Closing on the merger is expected to be completed on Nov. 30, with operations beginning Dec. 1. The moment I knew: we met on Bumble; weeks later, I wrote him into my memoir 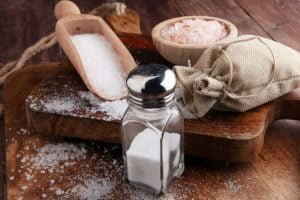 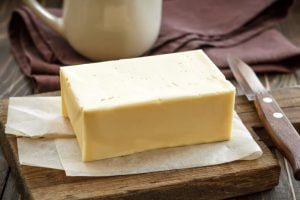 Why Butter Is Better

The moment I knew: we met on Bumble; weeks later, I wrote him into my memoir

Why Butter Is Better