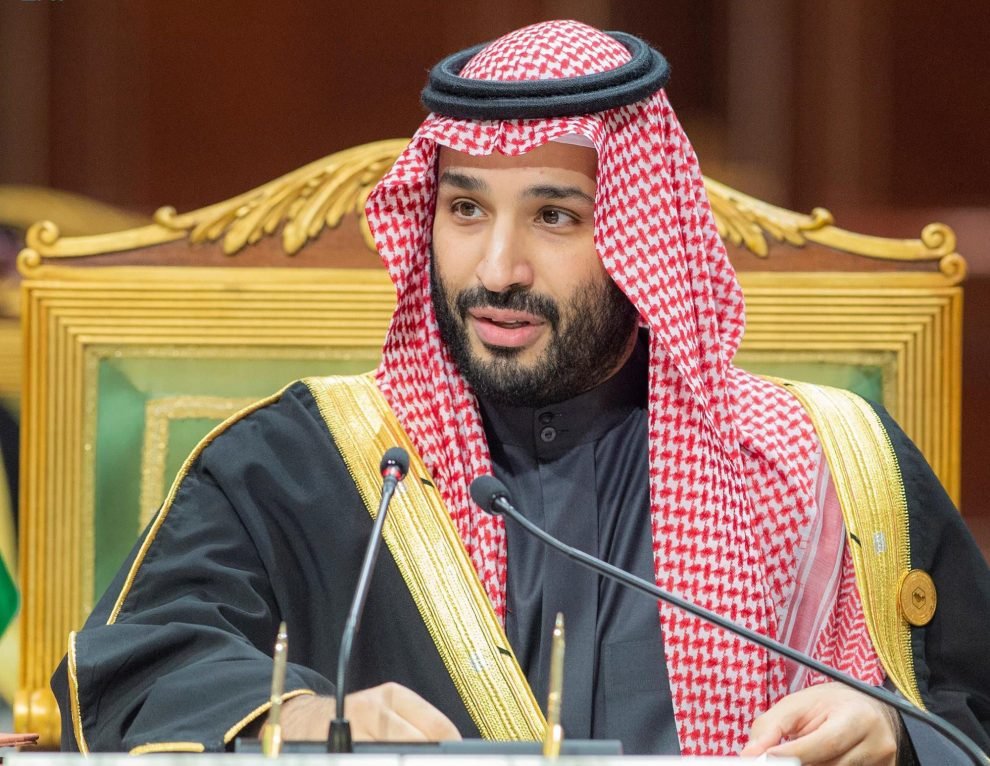 The Biden administration has determined that Saudi Arabia’s Crown Prince, Mohammed bin Salman, should be granted immunity in a case brought against him by the fiancée of Washington Post journalist Jamal Khashoggi, whom the administration has said was murdered at the prince’s direction.

A court filing was made by Justice Department lawyers at the request of the State Department because bin Salman was recently made the Saudi prime minister and as a result, qualifies for immunity as a foreign head of government, the request said. It was filed late Thursday night, just before the court’s deadline for the Justice Department to give its views in court on the immunity question and other arguments the prince made for having the lawsuit dismissed.

“Mohammed bin Salman, the Prime Minister of the Kingdom of Saudi Arabia, is the sitting head of government and, accordingly, is immune from this suit,” the filing reads, while calling the murder “heinous.”

The decision has already drawn an angry reaction. Amnesty International, an international non-governmental organization focused on human rights, said Friday that the US government “should hang its head in shame. This is nothing more than a sickening, total, deep betrayal.”

The White House had hoped the July trip by President Joe Biden to Saudi Arabia would get the rocky US-Saudi relationship back on track but since then, relations have only continued to sour.

The relationship is being reevaluated, the White House has said, in the wake of an oil production cut by Saudi-led OPEC+ that the administration saw as a direct affront to the US. Members of Congress, already infuriated by the oil cut and calling for a reevaluation, will likely only be angered further if the prince is given immunity.

Hatice Cengiz, Khashoggi’s fiancée, and the Washington-based human rights organization that the late journalist founded, DAWN, initially brought the lawsuit against bin Salman and 28 others in October 2020 in the Washington, DC, Federal District Court. They allege that the team of assassins “kidnapped, bound, drugged, tortured, and assassinated” Khashoggi at the Saudi consulate in Istanbul and then dismembered his body. His remains have never been found.

Cengiz also tweeted, “Biden saved the murderer by granting immunity. He saved the criminal and got involved in the crime himself. Let’s see who will save you in the hereafter?”

The executive director of DAWN, Sarah Leah Whitson, called the immunity request a “shocking outcome” and a “massive concession” to Saudi Arabia.

“It’s really beyond ironic that President Biden has basically delivered an assurance of impunity for Mohammed bin Salman, which is the exact opposite of what he promised to do to hold the killers of Jamal Khashoggi accountable,” Whitson told CNN.

In a statement on Friday, Fred Ryan, the publisher and CEO of The Washington Post, slammed the decision, saying that “President Biden is failing to uphold America’s most cherished values.”

“While legitimate heads of government should be protected against frivolous lawsuits, the Saudis’ decision to make MBS prime minister was a cynical, calculated effort to manipulate the law and shield him from accountability,” he added.

A US intelligence community report into Khashoggi’s murder published in February 2021 as Biden took office said bin Salman approved the operation to capture or kill the journalist which ended with his murder and dismemberment.

Bin Salman denied the allegations and sought immunity from prosecution, claiming that his various government and royal positions gave him immunity and put him outside the US courts’ jurisdiction.

But as Crown Prince, bin Salman was not entitled to sovereign immunity which would normally just include a head of state, head of government or foreign minister, none of which bin Salman was.

Then, just a few days before the Biden administration was supposed to weigh in last month on the question of immunity, bin Salman was promoted to prime minister by his father, King Salman, who would normally hold that position.

That was a “ploy” to secure so-called head of state immunity, DAWN’s Whitson said, after which the Justice Department asked for a delay.

Now that bin Salman is prime minister, “the government ought to recommend that he’s entitled to immunity” said law professor William Dodge at the University of California Davis Law School, who had previously written that the prince wasn’t entitled to immunity.

“It’s almost automatic,” Dodge said, “I think that’s why he was appointed prime minister is to get out of this.”

The State Department was not required to make a determination of immunity but was invited to do so by the court. A spokesperson said that their request that bin Salman be granted immunity is based on longstanding common and international law, rather than a reflection of current diplomatic ties or efforts.

“The United States has consistently, and across administrations, applied these principles to heads of state, heads of government and foreign ministers while they are in office,” State Department deputy spokesperson Vedant Patel told reporters Friday. “This is an unbroken practice, and it is also something that we expect others to affront to the United States as well.”

White House press secretary Karine Jean-Pierre echoed Patel’s statement later Friday, telling reporters the decision was a legal determination and that “it has nothing to do with the merits of this case.”

The Saudi embassy in Washington, DC, did not immediately respond to CNN’s request for comment.

Bin Salman had also claimed immunity in a case against him by former Saudi counterterrorism official Saad Aljabri, who accused the prince of sending a hit squad to kill him in Canada just days after Khashoggi’s murder. That case was dismissed for other reasons by the same court.

“After breaking its pledge to punish MBS for Khashoggi’s assassination, the Biden administration has not only shielded MBS from accountability in US courts, but effectively issued him license to kill more detractors and declared that he would never be held accountable,” Aljabri’s son, Khalid, told CNN on Thursday.

The White House was widely criticized for Biden’s trip to Saudi Arabia in July, when the president awkwardly fist-bumped the crown prince he said he still holds responsible for Khashoggi’s murder.

Biden said he raised the killing at the start of their meeting and that the prince continued to deny being responsible.

“I was straightforward and direct in discussing it. I made my view crystal clear,” said Biden.

The four-page US intelligence community report released in 2021 said that the 15-person Saudi team that arrived in Istanbul in October 2018 when Khashoggi was killed included members associated with the Saudi Center for Studies and Media Affairs (CSMARC) at the Royal Court, led by a close adviser of bin Salman, as well as “seven members of Muhammad bin Salman’s elite personal protective detail, known as the Rapid Intervention Force.”

The report noted that bin Salman viewed Khashoggi as a threat to the Kingdom “and broadly supported using violent measures if necessary, to silence him.”

‘A series of failures to hold Saudi leadership accountable’

Last month, on the fourth anniversary of Khashoggi’s death, DAWN demanded the Biden administration declassify and publish the full intelligence report on his killing.

Khashoggi’s fiancée Cengiz alleges that when Khashoggi tried to get the papers they needed to get married at the embassy in Washington, DC, officials “manufactured an opportunity to murder him.”

They told him the only place he could get the documents they needed was at the consulate in Istanbul, she said. Two weeks before his appointment on October 2, 2018, the day he was killed, Khashoggi and Cengiz were married in a religious Islamic ceremony, the lawsuit says.

“The Administration’s decision to encourage courts to uphold MBS’ sovereign immunity is yet another disappointing chapter in a series of failures to hold Saudi leadership accountable for brutally murdering Jamal Khashoggi,” a senior congressional Democratic aide said. “Actions such as this contradict the Administration’s hollow assurances of accountability and fly in the face of our own intelligence assessments of MBS’ involvement.”

Rep. Debbie Dingell of Michigan, a Democrat, told CNN on Friday that she was “stunned” when she heard the news of the immunity decision.

“I mean, we know that somebody was murdered. So, I’m obviously not comfortable this morning and I want to understand why they did what they did,” Dingell said on “CNN This Morning.”