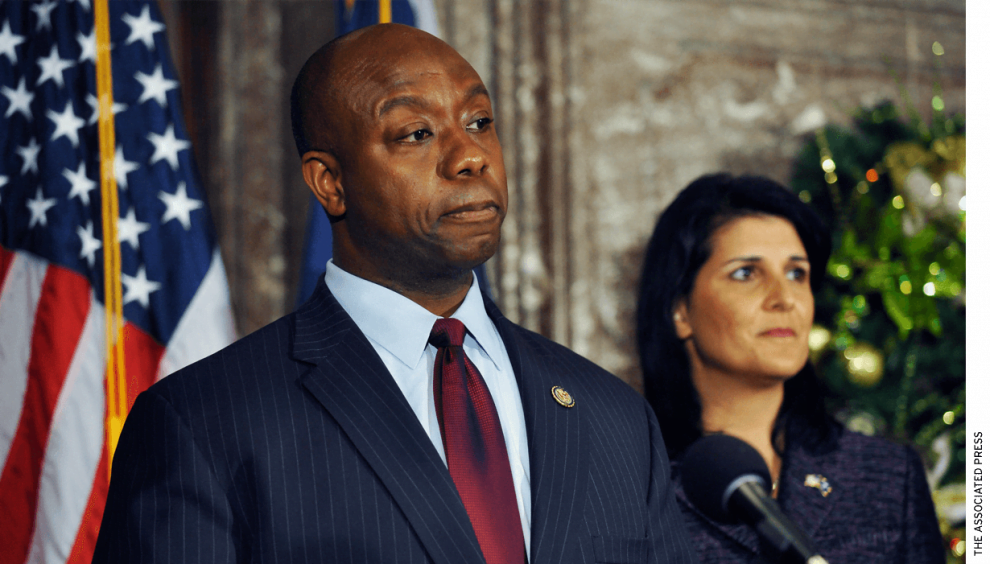 U.S. Sen. Tim Scott is scheduled to speak Friday (Oct. 14) at the University of Mississippi as a keynote for the Declaration of Independence Center for the Study of American Freedom speaker series.

Steven Skultety, chair of philosophy and religion and the center’s director, said hearing Scott speak will give students an opportunity to think more deeply about freedom in the United States and around the world. The event, at 4:30 p.m. in the Gertrude C. Ford Center for Performing Arts, is free and open to the public.

“America is the greatest experiment in freedom the world has known, and the classroom has always played a key role in shaping young Americans,” Wicker said. “My friend Sen. Tim Scott represents the best of what can be accomplished in America, and I am grateful that he will join me at Ole Miss.”

Wicker and Scott have worked together on legislation in Congress, and Wicker said he looks forward to Scott’s address on broader efforts to advance liberty.

“I cannot think of a better venue for such a discussion than the Declaration of Independence Center for the Study of American Freedom,” Wicker said.

Skultety said that he and Scott will discuss major themes from the senator’s book, “America: A Redemption Story” (Thomas Nelson, 2022).

“He has such a varied background and thinks about things from such a different perspective,” Skultety said.

Scott grew up in a poor, single-parent home in South Carolina before graduating from Charleston Southern University. He owned a small business before moving into the political sphere and was appointed to the Senate in 2013.

Though Scott is a political figure, Skultety said he does not envision the conversation being a polarizing event. Instead of talking about policy and process, he said he wants to give Scott an opportunity to talk about the meaning of freedom from a deeper perspective.

In fact, Skultety said he wants the Declaration Center to be a place where all students feel comfortable talking to one another, and where speakers, no matter what political views they have, can speak on the applications of freedom in America.

“We say the phrase, ‘Liberty and justice for all,’ and the university does a good job of talking about the justice part,” he said. “I don’t want to take anything away from that; we should be discussing justice and what it means. I believe that we should be making the same effort for liberty and freedom.”

The Declaration Center, which was created in 2007 by then-UM professor Jack Nowlin, was revitalized in 2021 when Skultety became director after several years of it being dormant. The center offers a reading group and lecture series, and is working to increase the number of liberty-themed academic opportunities at the university.