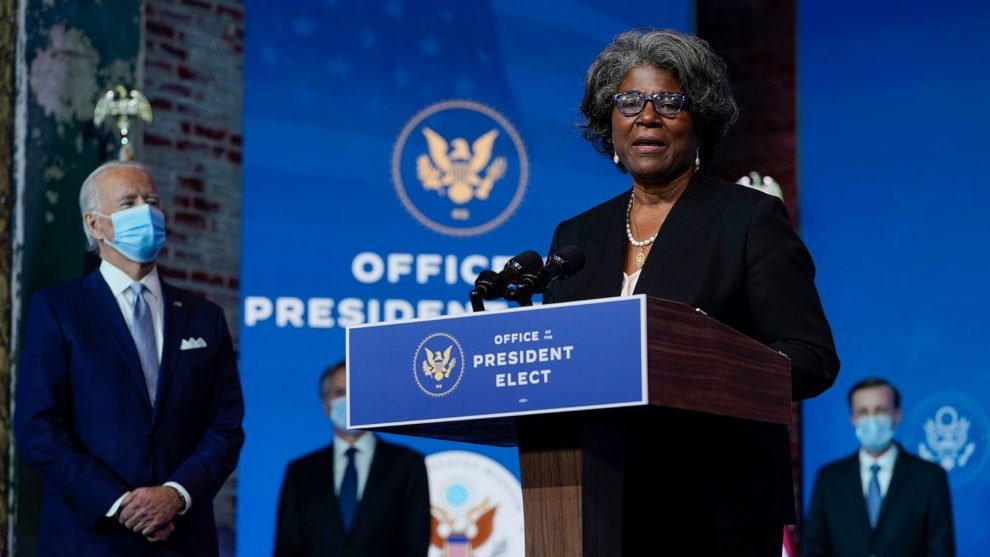 The US has said it has evidence that “hundreds of thousands” of Ukrainian citizens have been interrogated, detained and forcibly deported to Russia in “a series of horrors” overseen by Russia’s presidency.

US Ambassador Linda Thomas-Greenfield said estimates from a variety of sources, including the Russian government, indicated that between 900,000 and 1.6 million Ukrainians have been interrogated, detained and forcibly deported.

Ukrainians voluntarily fleeing the war are being passed through a series of “filtration points” and then often sent to isolated regions in Russia’s far east, she said.

Russia dismissed the allegation as “fantasy,” calling it the latest invention in a Western disinformation campaign.

“And there is mounting and credible evidence that those considered threatening to Russian control because of perceived pro-Ukrainian leanings are ‘disappeared’ or further detained.”

Russia is not only coordinating filtration operations, but is providing lists of Ukrainians to be targeted for filtration, she added.

Estimates indicate thousands of children have been subject to filtration, Ms Thomas-Greenfield said.

“Some [are] separated from their families and taken from orphanages before being put up for adoption in Russia,” she said.

According to US information, “more than 1,800 children were transferred from Russian-controlled areas of Ukraine to Russia” just in July, she added.

He said more than 3.7 million Ukrainians, including 600,000 children, have gone to Russia or Russian-controlled separatist areas in eastern Ukraine, but they “aren’t being kept in prisons”.

Mr Nebenzia said those Ukrainians went through “a registration rather than filtration procedure” similar to that for Ukrainian refugees in Poland and other countries in the European Union.

Russia has proposed that the Security Council meets on Thursday to discuss “real threats to international peace and security caused by the supply by foreign states of arms and military goods to Ukraine”.

Ms Thomas-Greenfield said the US knew Russia would deny using filtration, “but there’s a simple way to know if any of this is true”.

“Let the United Nations in,” she told Mr Nebenzia and other council members.

UN political chief Rosemary DiCarlo called for investigations of the “extremely disturbing and persistent allegations” of forced displacement, deportation and so-called filtration camps run by Russia and its proxies.

She called for UN access to Ukrainians living in Russian-controlled areas.

“Both sides must fully abide with their obligations under international law,” she said.

Ilze Brands Kehris, the UN assistant secretary-general for human rights, urged Russia to provide access to all places of detention.

She added that any adoptions of Ukrainian children in Russia would violate the Geneva Convention prohibiting the change of a child’s personal status, including its nationality.

She said the claims amount to numerous human rights violations, including the rights to liberty, personal security and privacy.

The UN has documented that Russian troops and their affiliates subject Ukrainians to body searches that sometimes include nudity, interrogations about their personal background, family ties, political views and allegiances, and examinations of mobile devices, Ms Kehris said.

Vladimir Putin’s Speech and Plenary Session Dialogue At The Eastern Economic Forum
How is the US involved in the Iran-Albanian political crisis?