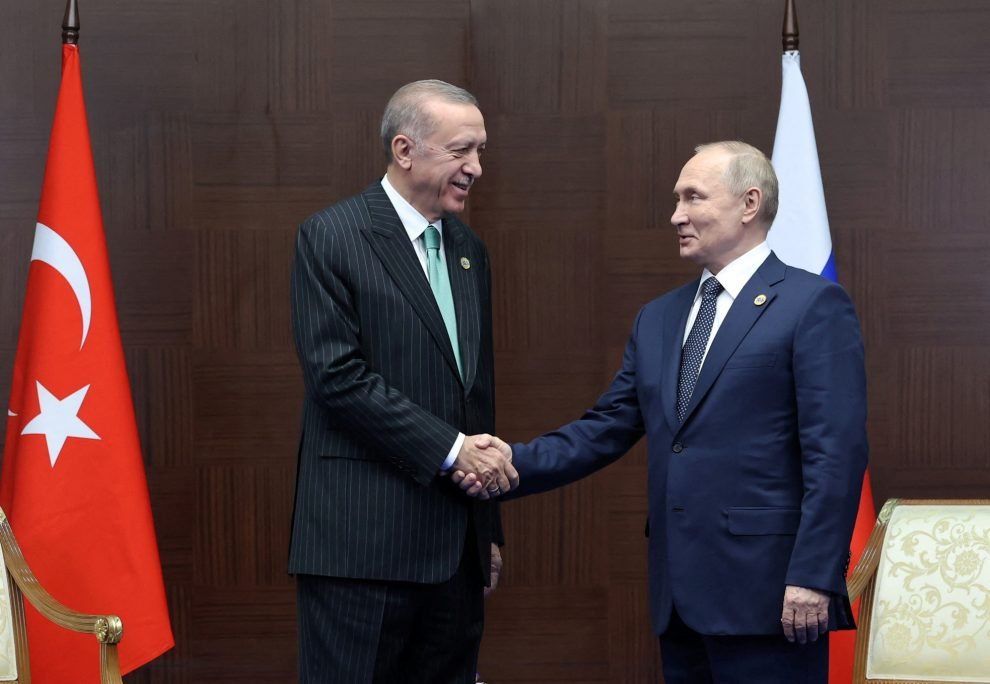 Putin told his Turkish counterpart Tayyip Erdogan that Turkey could act as a gas hub, having already suggested on Wednesday that Russia could reroute supplies intended for the Nord Stream pipelines under the Baltic Sea, which were damaged last month.

The mysterious pipeline blasts, blamed on sabotage by both Moscow and the West, has Europe on edge over energy security as it faces soaring prices since Russia’s invasion of Ukraine.

The impact of steep cuts in supplies from Russia has been felt across the 27-nation EU and beyond, with gas prices almost 90% higher than a year ago and fears of shortages over the coming winter.

British households should reduce gas and electricity use where possible this winter to help cut costs and reduce the risk of power cuts, national energy regulator Ofgem said, after the government last week shied away from offering such advice.

“This is not only the most direct way of reducing our bills. It directly helps with security of supply, contributes to decarbonisation, and saves money for the public finances,” said Ofgem Chief Executive Jonathan Brearley.

In Germany, there were signs that households and small and medium-sized businesses were heeding calls to cut energy usage as consumption last week fell below the average of previous years, helped by warmer weather.

Germans are being asked to make savings of at least 20% to get comfortably through the winter while other EU countries have agreed voluntary 15% reductions.

Concerns over winter supplies were heightened as workers at EDF’s Bugey nuclear plant in eastern France resumed a strike over wages on Thursday, the latest in a series of stoppages to hit the French industry.

In a sign of the state of high alert over energy security, Norwegian police said they had dealt with a threat made by telephone against the Nyhamna gas processing plant, one of Europe’s largest energy export facilities. A suspect had been identified and was known to have made similar threats in the past, the police said.

Norway has become an increasingly important source of gas for the EU and Britain after Russia curtailed supplies.

Meanwhile, Poland said it had begun repairs to a pipeline carrying Russian oil to Germany and that it did not think Tuesday’s leak, which curtailed flows to a German refinery that is a major fuel supplier to the capital Berlin, was sabotage.

At a meeting in Kazakhstan, President Putin said that increased cooperation on supplies with Turkey , which is not a member of the EU, could also help to regulate prices.

“Today, these prices are sky-high,” he said. “We could easily regulate [them] at a normal market level, without any political overtones,” he told Erdogan.

The EU is working on further measures to respond to the crisis, but Ireland’s energy minister said he did not expect a price cap on gas for power generation to be agreed next week.

“I wouldn’t rule it out but not immediately because there are huge potential adverse consequences and I don’t think there will be agreement on that next week,” Eamon Ryan told the Newstalk radio station.

Addressing U.S. Visitor Visa Wait Times
Why foreign workers in the US are especially vulnerable to the Twitter turmoil