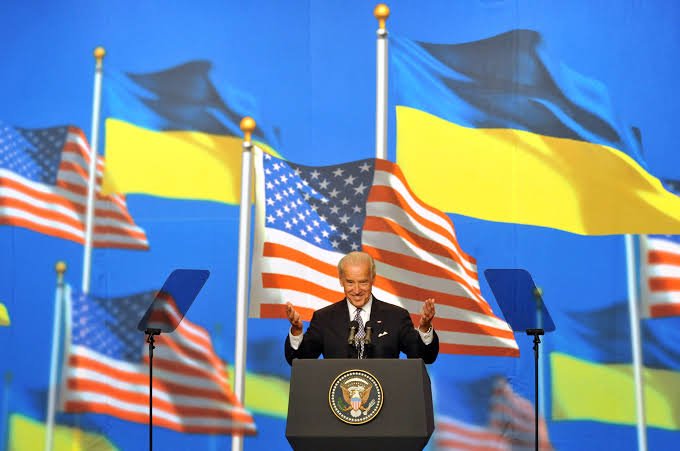 Ukrainian officials and lawmakers have in recent months urged the Biden administration and members of Congress to provide the Ukrainian military with cluster munition warheads, weapons that are banned by more than 100 countries but that Russia continues to use to devastating effect inside Ukraine.

The Ukrainian request for the cluster munitions, which was described to CNN by multiple US and Ukrainian officials, is one of the most controversial requests the Ukrainians have made to the US since the war began in February.

Senior Biden administration officials have been fielding this request for months and have not rejected it outright, CNN has learned, a detail that has not been previously reported.

Cluster munitions are imprecise by design, and scatter “bomblets” across large areas that can fail to explode on impact and can pose a long-term risk to anyone who encounters them, similar to landmines. They also create “nasty, bloody fragmentation” to anyone hit by them because of the dozens of submunitions that detonate at once across a large area, Mark Hiznay, a weapons expert and the associate arms director for Human Rights Watch, previously told CNN.

Top US officials have publicly stated that they plan to give the Ukrainians as much support as they need to give them an upper hand at the negotiating table with Russia, should it come to that. But western military equipment is not infinite, and as stockpiles of warheads dwindle, the Ukrainians have made plain to the US that it could use the cluster munitions currently gathering dust in storage.

For Ukraine, cluster munitions could address two major issues: the need for more ammunition for the artillery and rocket systems the US and others have provided, and a way of closing Russia’s numerical superiority in artillery.

The Biden administration has not taken the option off the table as a last resort, if stockpiles begin to run dangerously low. But sources say the proposal has not yet received significant consideration in large part due to the statutory restrictions that Congress has put on the US’ ability to transfer cluster munitions.

Those restrictions apply to munitions with a greater than one percent unexploded ordnance rate, which raises the prospect that they will pose a risk to civilians. President Joe Biden could override that restriction, but the administration has indicated to the Ukrainians that that is unlikely in the near term.

“The ability of Ukraine to make gains in current and upcoming phases of conflict is in no way dependent on or linked to their procuring said munitions,” a congressional aide told CNN.

Both the Ukrainians and the Russians have used cluster bombs since Russia invaded Ukraine in February, but the Russians – who also used the munitions to devastating effect on civilians in Syria – have used them more often and against civilian targets including parks, clinics, and a cultural center, according to an investigation by Human Rights Watch.

Russia’s use of the munitions – including its 300mm Smerch cluster rockets that can unleash 72 submunitions over an area the size of a football pitch – has been documented in dozens of Ukrainian regions, including in Kharkiv, as CNN has reported.

Asked about the negative perception of using cluster munitions, a Ukrainian official quickly responded they would only be responding in kind.

“So what, Russians use cluster munitions against us,” a Ukrainian official told CNN. “The [US] worry is about collateral damage. We are going to use them against Russian troops, not against the Russian population.”

The Defense Ministry told CNN it does not comment on reports regarding requests for particular weapons systems or ammunition, choosing to wait until any agreement with a supplier is reached before many any public announcement.

The US is not a signatory to the 2010 ban, known as the Convention on Cluster Munitions, and maintains large stores of the munitions. But administration officials believe that, in addition to the congressional limitations, there are too many downsides to the use of cluster munitions – the biggest being the risk they pose to civilians – to justify transferring them unless absolutely necessary. And for now, the US does not believe the munitions to be imperative to Ukraine’s success on the battlefield.

Ukrainian officials, however, argue that the Russians are using cluster munitions extensively, and largely in civilian areas. For that reason, the Ukrainians have approached the State Department, Pentagon and Congress “many times” to lobby for the munitions, known as dual-purpose improved conventional munitions, multiple sources familiar with the lobbying effort told CNN.

Ukrainian lawmaker Oleksiy Goncharenko is among the officials who has been pushing the US to provide the munitions. “It is extremely important, first of all because it will really change the situation on the battlefield,” he told CNN. “With these, Ukraine will finish this war much faster, to the benefit of everybody.”

“Russia is extensively using the old styles, the most barbaric styles, of cluster munitions against Ukraine,” Goncharenko added. “Personally, I was a victim of this. I was under this shelling. So we have all the right to use it against them.”

The first Ukrainian official and another source familiar with the requests said the Ukrainians want cluster munitions compatible with both the US-provided HIMARS rocket launchers and the 155 mm howitzers, and have argued that the munitions would allow Ukrainian troops to more effectively attack larger, more dispersed targets like concentrations of Russian soldiers and vehicles.

Neither the US nor Ukraine are signatories to the Convention on Cluster Munitions, which bans the use, production, and stockpiling of such cluster bombs because of the potential risk to noncombatants. But the US began phasing them out in 2016 because they “contained hundreds of smaller ‘cluster bomb’ explosives that were often left unexploded across the battlefield, posing a danger to civilians,” according to a 2017 statement from Central Command.

The US replaced the dual-purpose improved conventional munitions, known as DPICMs, with the M30A1 alternate warhead. The M30A1 contains 180,000 small tungsten steel fragments that scatter on impact and do not leave unexploded munitions on the ground. Ukrainian officials, however, say that the DPICMs the US now has in storage could help the Ukrainian military enormously on the battlefield – more so than the M30A1.

“They [DPICMs] are more effective when you have a concentration of Russian forces,” the Ukrainian official told CNN, noting that Ukraine has been asking for the weapons “for many months.”

“Russians use all these cluster munitions, they don’t care,” the official said. “We are going to fight Russian troops, but Russians fight with our civilians with clusters.”