Home » Asian markets mixed ahead of US midterms 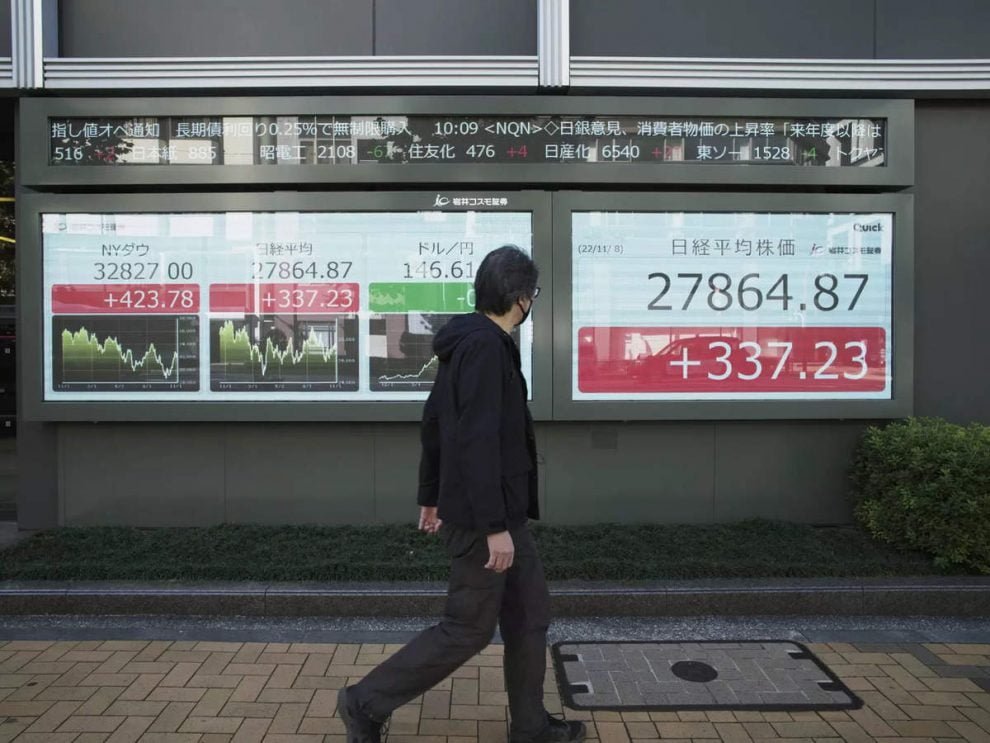 Asian markets were mixed on Tuesday following an upbeat session on Wall Street as investors look towards crucial midterm elections that polls show could upend power in Washington.

Shares fell in Hong Kong and Shanghai as speculation about a possible rollback of China’s strict zero-Covid policies fuelled volatility, even after the government vowed to stick with its harsh lockdowns and testing regimes.

But Tokyo stocks gained 1.3 percent at the break, extending rallies in New York, where stocks ended higher and the dollar retreated against both the pound and the euro.

Early voting has begun in many states and most US voters go to the polls on Tuesday, with a Republican takeover of Congress likely dooming President Joe Biden’s ambitious proposals.

Polls show Republicans are likely to win at least one house of Congress – and some see the prospect of further Washington gridlock as a scenario that could lessen the risk of policy uncertainty.

“This may very well be taken as a positive for equity markets over coming days,” Clifford Bennett, chief economist at ACY Securities, said in a note.

“The Biden administration, while welcomed to office by financial markets, has nonetheless delivered on being a very big spending government,” Bennett said.

“It is difficult to argue the extreme inflation and slowing economy are entirely the Biden administration’s fault, but voters will be very clear in their feelings on the matter just the same.”

On Monday, US stocks climbed, with the Dow Jones Industrial Average finishing up 1.3 percent and the broad-based S&P 500 rising 1.0 percent.

The next major data point that investors are watching is US inflation data due on Thursday.

But Hong Kong was down 0.6 percent after jumping nearly three percent in the previous session as investors continued to hope for a relaxation of China’s strict Covid-19 rules.

“Speculation about reopening continues to add some market volatility,” Taylor Nugent, an economist at National Australia Bank, said in a commentary.

“In a timely reminder of the potential for Covid policy to hit output, Apple warned iPhone shipments will be lower than previously expected after China lockdowns affected operations at a supplier’s factory,” he noted.