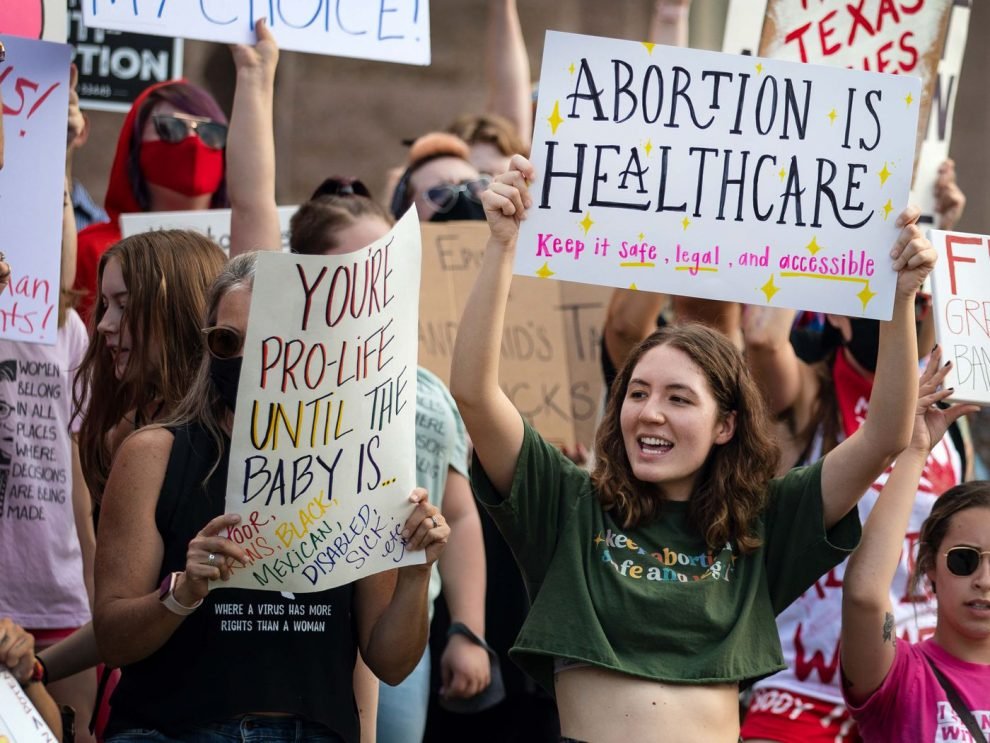 Legislators failed to advance a total ban on abortion, instead adding more restrictions to an existing law. The G.O.P. split over exceptions for rape and incest.

The South Carolina Senate voted Thursday night to tighten abortion restrictions but failed to pass a total ban after a heated debate revealed the ongoing struggle among Republicans to define a cohesive post-Roe strategy.

The chamber voted to gut a bill that would have prohibited abortion without exception for rape or incest, instead choosing to add more limits to the state’s existing law that bans abortion after six weeks. That law is temporarily blocked by the state Supreme Court because of ongoing litigation.

The vote came after two days of debate in the chamber, during which Republicans haggled over whether there ought to be exceptions for victims of rape and incest.

Under the state’s current six-week ban, rape and incest victims can receive an abortion before 20 weeks. The State Senate proposal reduces that time to 12 weeks.

The proposal also requires doctors who perform abortions under the rape and incest exception to report the crime to law enforcement and take a DNA sample of the fetal tissue. A local sheriff’s office must collect the sample and store it — but the bill does not provide funding to help law enforcement with that process, leading some in the G.O.P. to call the bill an “unfunded mandate.”

Senate Majority Leader Shane Massey, who backed a more complete ban without exceptions for rape or incest, could not overcome resistance from within his own party.

“We don’t have the votes, and I hate that I have to admit that,” said Mr. Massey, who instead shifted to a more modest goal of further restrictions.

Three Republican women spoke against the total ban and in favor of exceptions for rape and incest, arguing that it was wrong to compel young victims of sexual violence to give birth.

“I care about the children who are forced into adulthood” because of laws “made up by a legislature full of men so they can take a victory lap and feel good about it,” Republican Senator Katrina Shealy said.

Those in favor of a complete ban argued that a fetus conceived through sexual violence was innocent and deserved protection. “Does an unborn human being have the most fundamental civil right of all, which is the right to life?” Republican Senator Richard Cash asked.

Mr. Massey and his allies forfeited the original goal of a complete ban after a fellow Republican, Senator Tom Davis, launched a filibuster supported by Democrats.

Mr. Davis ended up voting in favor of the modified bill, as did 26 other Republicans. Democrats voted against the bill.

Mr. Davis had urged his colleagues to consider the “competing rights” of the woman and the fetus, both of whom — in his view — deserved rights and protections that ought to be balanced against each other.

“This is euthanasia in or outside the womb,” Sen. Billy Garrett said, in response to Mr. Davis’s amendment to allow abortion in the case of a fatal fetal anomaly.

The split in South Carolina illustrates a broader challenge for the Republican Party on abortion, as the midterms draw closer. The party is caught between two competing goals: win political victory by appeasing moderates who feel uneasy about sweeping abortion bans, or push for the more extreme position that a fetus deserves the same legal protections as any person.

The state announced plans for a special session just days after the Supreme Court struck down Roe v. Wade, ending the constitutional right to abortion and sending the issue back to the states to decide.

Gov. Henry McMaster, a Republican who is facing re-election this November, has not commented on the bill but has broadly supported abortion restrictions.

An initial House version of the bill, which did not include exceptions for rape and incest, failed by eight votes last week. House Republicans quickly amended the bill through a last-minute maneuver to include exceptions for rape and incest before 12 weeks of pregnancy. Representative John McCravy, a Republican, urged his colleagues to vote for the amended bill so that they would not “throw the baby out with the bath water.”

Earlier, Mr. McCravy — one of the lead sponsors of the House bill — said that abortions should not be permitted even in cases of rape or incest.

“As much as a tragedy as this is, we must also consider the life of the innocent preborn child as precious as the life of any child,” Mr. McCravy said. “To kill an innocent child will never erase the criminal act.”

South Carolina Democrats are betting that the Republican Party will face political backlash in November for defending legislation that would force women to carry a pregnancy conceived through sexual violence.

“The fact is this, Republicans are going to have to answer one simple question: Do they believe the rights of rapists and pedophiles are more important than the rights of 11- or 12-year-old victims?” Trav Robertson, the chair of the South Carolina Democratic Party, said.

Before Tuesday’s session, Representative Neil Collins, a Republican, captured widespread attention online in a video in which he told colleagues that he “lost sleep” over his vote for South Carolina’s six-week ban, which the legislature passed in February 2021.

In the clip, Mr. Collins explained that a doctor told him that a 19-year-old girl’s life was threatened after she had a miscarriage at 15 weeks of pregnancy.

Mr. Collins voted in favor of the final House bill.