Home » A potentially historic storm is bearing down on western New York state, bringing treacherous snowfall that could damage infrastructure 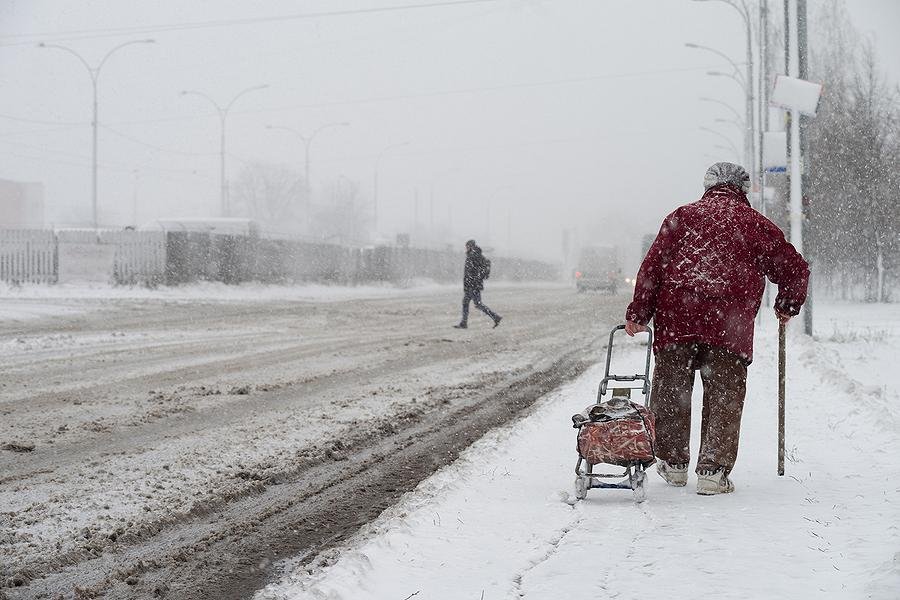 Thursday’s heavy snowfall that has pounded parts of western New York state will persist into Friday, when the worst of the potentially historic storm may cause trees to topple and property damage.

“The snowfall will produce near zero visibility, difficult to impossible travel, damage to infrastructure, and paralyze the hardest-hit communities,” the National Weather Service said Thursday. “Very cold air will accompany this event, with temperatures 20 degrees below normal forecast by the weekend.”

Areas east of Lakes Erie and Ontario may see snowfall at a rate of more than 3 inches per hour and be occasionally joined by lightning and gusty winds, the weather service warned.

“That level of snow coming down with that intensity is what creates the dangerousness the lack of ability to see on the roads,” New York Gov. Kathy Hochul said Thursday as she declared a state of emergency for 11 counties.

“When its coming down at that rate, it is almost impossible to clear the road to make it safe to travel,” Hochul said. “It will not be safe for a considerable amount of time for motorists to go back on the roads.”

Commercial traffic has been banned since Thursday afternoon on about 130 miles of the New York State Thruway (Interstate 90) in the Rochester and Buffalo area to the Pennsylvania border, Hochul’s office said. Additionally, other portions of major interstates have also been shut down, including 90, 290 and 990.

As she implored residents to take caution this weekend, Hochul described the storm as a “major, major” snowfall event that could be as life-threatening as the November 2014 snowstorm that claimed the lives of 20 people in the Buffalo region.

Firefighters in Snyder, New York, after responding to a car crash on I-290 on Thursday.Snyder Fire Department/Facebook

“The lake effect snow from (the storm) is very heavy and may cause tree branches to fall and damage vehicles, property or powerlines. Watch where you park, and be aware of your surroundings if going outside,” Erie County officials wrote online.

The storm’s most intense snow is expected to lash the Buffalo, New York, area, where more than 4 feet could pile, making for a historic forecast not seen in more than 20 years. The city’s highest three-day snowfall is 56.1 inches, which occurred in December 2001, per CNN Meteorologist Brandon Miller.

And given the quick rate of snowfall, Buffalo may see a month’s worth of snow in only a few hours. That could make this month the snowiest November since 2000, when 45.6 inches in total fell in the city during the entire month, Miller added.

Already, residents of Williamstown in Oswego County near Lake Ontario saw 24 inches of snow as of Thursday evening, according to the weather service.

In neighboring Oneida County, some areas were blanketed with 14 inches of snow within the last 24 hours as of Thursday evening, per the weather service.

What to expect this weekend

Friday alone could bring more than 2 feet of snow, which would become one of the top three snowiest days on record in Buffalo, according to Miller.

“Heavy lake effect snow off Lake Erie with 2-3” per hour snowfall rates will continue to result in extremely difficult travel this evening for the Buffalo Metro area east to Batavia, and also in Oswego County off Lake Ontario,” the National Weather Service in Buffalo said Thursday night.

Lake effect snow happens when very cold, windy conditions form over a relatively warm lake – meaning the lake might be 40 degrees while the air is zero degrees, Miller explained. The temperature clash creates instability, which allows for the most extreme winter weather to occur.

Due to the weather emergency, Sunday’s NFL game in Orchard Park, New York, between the Buffalo Bills and the Cleveland Browns has been moved to Detroit, the league announced Thursday.

About 6 million people in five Great Lakes states – from Wisconsin to New York – were under snow alerts Thursday, CNN Meteorologist Dave Hennen said. Snow produced through lake effect will continue through Sunday in areas downwind of the Great Lakes, according to the National Weather Service.

Other areas affected by the storm include parts of the Upper Peninsula and the western Lower Peninsula of Michigan, where gusty winds and heavy snow will also cause near zero visibility and unsafe travel conditions.