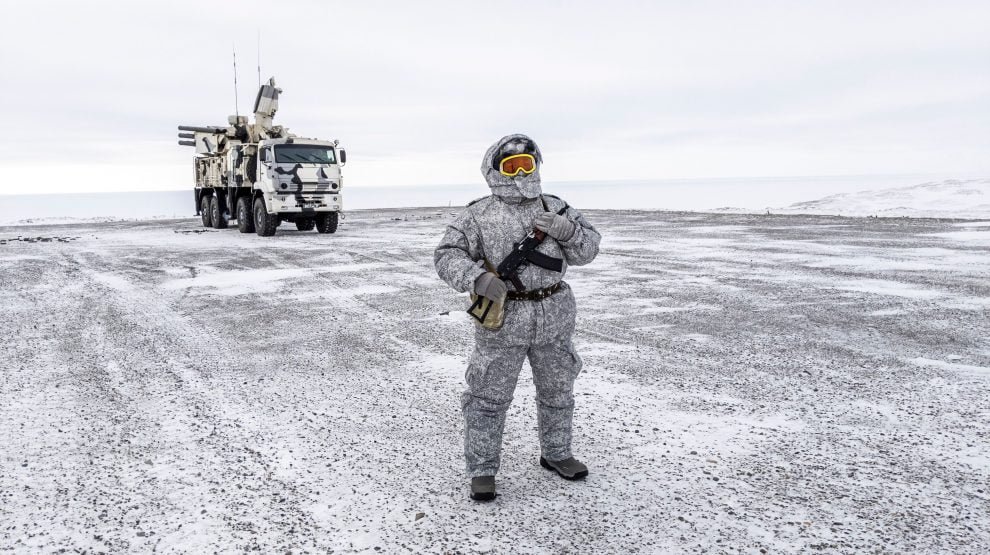 The U.S. Army said it dispatched upgraded networking equipment to soldiers in Alaska, marking the first time an Arctic unit was provided Capability Set 21 kit, amid increased military investment in the northern region.

The 2nd Infantry Brigade Combat Team, 11th Airborne Division, this month began hands-on training with the gear, which is meant to boost mobility and make communications on the battlefield more intuitive.

The suite includes radios, variable height antennas and small satellite terminals, which provide “commanders and leaders from battalion echelons down with communications options and the ability to access secure but unclassified networks if permissive within their area of operations,” according to Paul Mehney, communications director for the Army’s Program Executive Office for Command, Control and Communications-Tactical, or PEO C3T.

Once training is complete, elements of the brigade are expected to use the Capability Set 21 systems during upcoming exercises across the Pacific.

Network modernization is a focus for the Army as it transitions to multi-domain operations and contends with communication environments jeopardized by advanced adversaries, such as China and Russia.

To enhance connectivity and security, PEO C3T, alongside its Network Cross-Functional Team and C5ISR Center partners, is rolling out compounding technological upgrades known as capability sets. The initiative kicked off in fiscal 2021 with a focus on infantry; additional goal posts were planted in 2023, 2025, 2027 and beyond. Officials have described the two-year increment as a modernization “sweet spot.”

The network upgrades arrive in Alaska as the U.S. attempts to reinvigorate and reposition its forces there.

“The Arctic and sub-arctic incorporates portions of three combatant command areas of responsibility and network integration is difficult in extreme cold environments, high latitudes and areas with little commercial infrastructure,” the strategy stated. Regardless of where “units deploy from,” it continued, “to achieve operational and strategic objectives, they must have the capability for extended operations. This includes sustained and robust logistics and lines of communication.”

The service plans to install one of its five multi-domain task forces in the region, which would employ a combination of intelligence, cyber, space and electronic warfare to deny access to enemy forces.